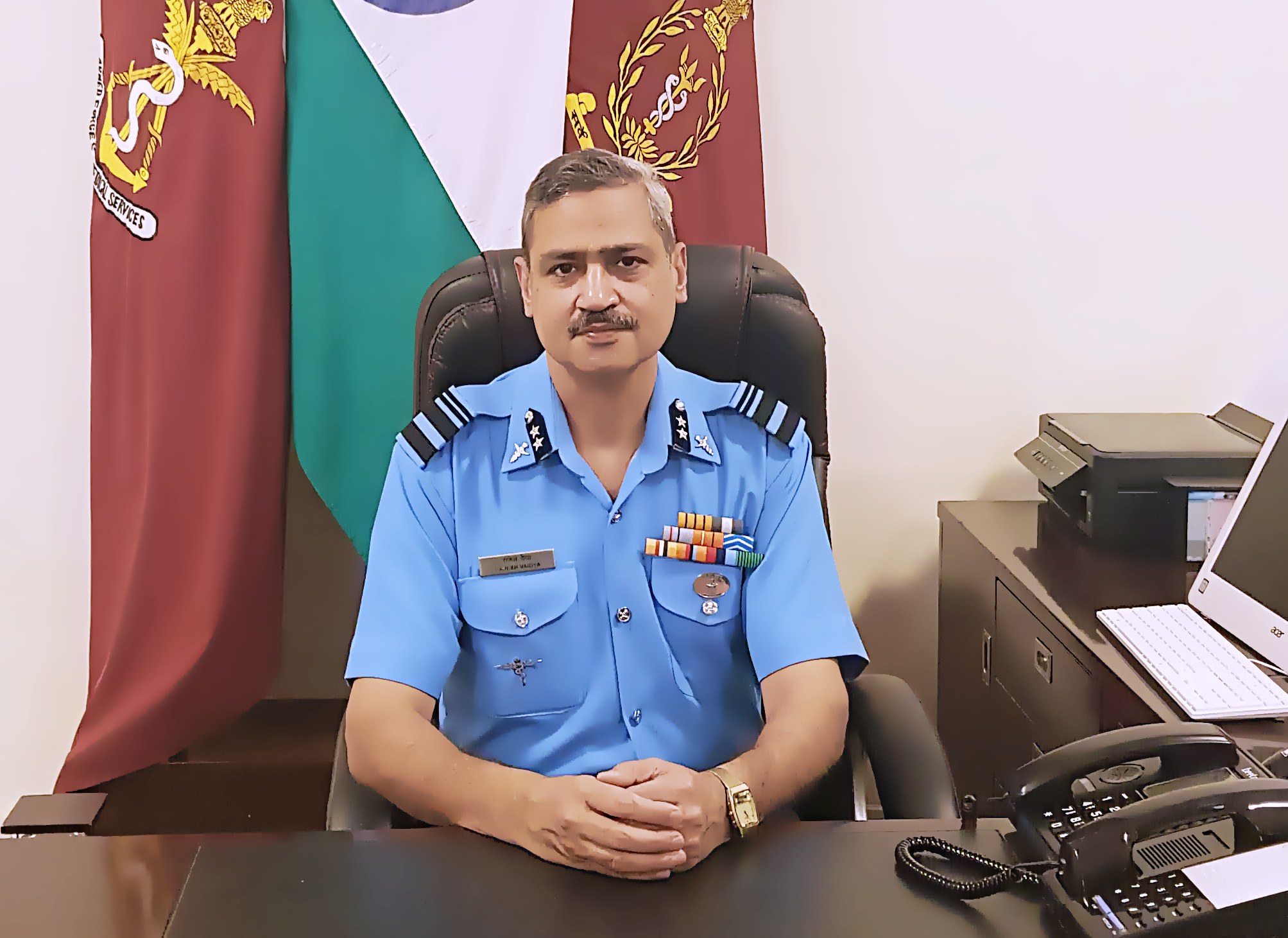 AVM Rajesh Vaidya, VSM, assumed the appointment of Dean and Deputy Commandant of the Armed Forces Medical College, Pune on 29 Jan 21. He is an alumnus of Armed Forces Medical College from the 1981 (T) batch and was commissioned in the Indian Air Force in 1985. Having initially served as Squadron Medical Officer in both fighter and a transport squadrons, he specialized in Community Medicine from AFMC and qualified his DNB from the National Board of examinations.

He has been on the faculty at the Armed Forces Medical College earlier and has held pivotal public health appointments including Director (Health) and Director (Medical Research) of the Armed Forces Medical Services. As Director (Health) he was the nodal officer for AIDS control in the Armed Forces. He was the Conference Director entrusted with overall control of planning, organizing and conducting the largest international military medicine conference ever organized by the AFMS, the 42nd World Congress of the International Committee of Military Medicine in 2017.

He has an excellent academic record and research credentials with prestigious awards at both the undergraduate and the postgraduate levels. He is a post graduate teacher and examiner at Poona University, Maharashtra University of Health Sciences and the National Board of Examinations. He has authored several research papers and written multiple chapters in professional books. He was on the editorial board of the Armed Forces book of Public Health (The Red Book) as well as the textbook on Public Health and Community Medicine published by the World Health Organization.

Prior to his present appointment AVM Rajesh Vaidya was commanding the Air Force Central Medical Establishment (AFCME) which is the apex aircrew medical evaluation institution in India. For his dedication and committed service, he has been awarded the Chief of Air Staff Commendation in 2013 and the Vishist Seva Medal (VSM) in 2019.